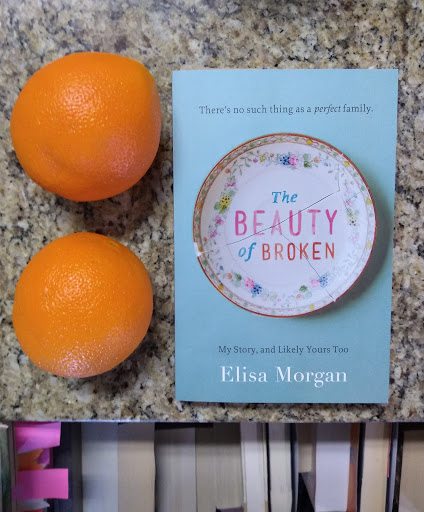 In her book The Beauty of Broken: My Story, and Likely Yours Too former MOPS International CEO Elisa Morgan shares her openly broken story. Morgan shatters the illusion that Christian leaders have perfect lives. Through vulnerable anecdotes and reflection, she encourages readers to go deeper in their lives. A reminder that we all face unexpected obstacles flows through the pages not as a doomsday warning but as a message of hope that we have strength, guidance, and community in God. I appreciate most her willingness to share where she can see she missed the depth of her or someone else’s experience but has now recognized and learned from it. She reflects how she didn’t understand the complexity of her son’s struggle and now can see his efforts to overcome it; she also acknowledges how we must be honest regarding forgiveness. That means not ignoring or brushing it off with an, “it’s okay,” but really looking at it for the pain and dirt it is yet still maintaining connection with that person. Morgan has experienced a lot and has learned a lot from those obstacles because she had a willingness to look into those times, recognize God’s guidance, and apply what she learned.

I choose you always

become what you make

the reality of your

The girls in Mean Girls wear pink on Wednesdays. Though we think we leave drama and teenage angst behind when we graduate high school, the world continues to hand us lemons. We still struggle with maintaining a firm foundation of our values, discovering our identity, pursuing our purpose, developing relationships and more. The teenage angst lives on; therefore, we can still learn from young adults as they come of age. Let’s take a look at some ladies as they’ve forged their way into adulthood.

After a couple weightier books and movies last weekend, I reveled in an upbeat romantic comedy after painting my nails bubble gum pink Sunday night. Jane in 27 Dresses showcases a issue many women struggle to overcome long into adulthood. When she first meets Kevin Doyle, he points out how she can’t say no after questioning her about her involvement in so many weddings. Jane brushes this off at first because the next wedding has her sister saying the vows. As the ceremony plans continue, Jane feels more and more distraught over her commitments and her unspoken love for the groom, her boss and longtime crush.

Eventually, Jane speaks out to tell George the truth about her sister’s lies. Though the truth jives with the right thing to do and Jane expressing herself shows improvement, she let it come out more as revenge for so many years of unspoken disappointment and anger. We all make mistakes as we learn how to better navigate relationships, communication and goals. However, we can learn from Jane that a sudden outburst of expression to cover years of it may not match the situation at hand. Once Jane talks to her sister and they each see how they envied the other and how they handled growing up without a mother affected each differently (Jane took over mothering Tess after the death). They get a better idea of the other’s perspective as well as how to better interact with her. Their dynamics change for the better. Jane continues to open herself to possibilities when she speaks to George; she learns her crush didn’t hold all she dreamed and that she can move onto a better job.

It gets easy to stay in comfortable patterns like Jane did because we have a hard time saying no. Yet that leaves little room for growth and doesn’t allow us to open doors for new opportunities. By the end of the movie, Jane sees that having honest conversations and allowing herself to speak what she wants deepens her relationship with her sister, allows her to seek better job opportunities and opens herself up to the possibility of love with someone who respects her when she accepts Kevin’s apology. We have wants and goals placed in our hearts for a reason. Sometimes it helps us as well as others to say no and to keep pursuing opportunities. Saying a small no just might make it possible to say a big yes. Jane does get to marry the handsome Kevin after all.